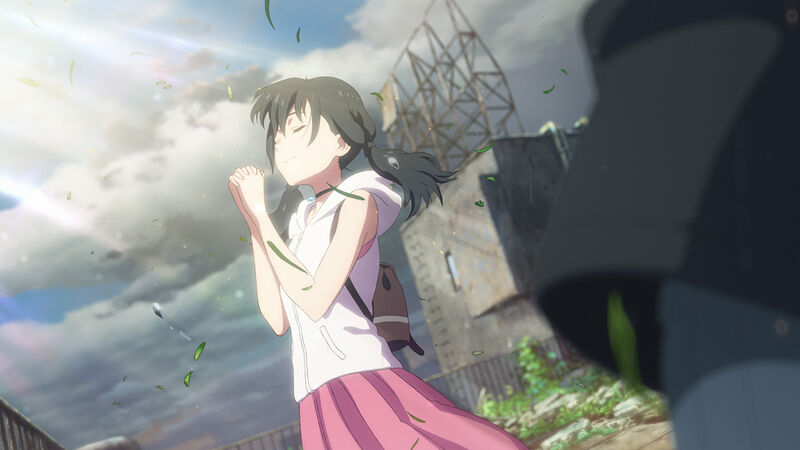 Is It Really Possible to Control the Weather With Your Mind?

The latest anime hit from Your Name creator Makoto Shinkai, Weathering With You, is about many things. On the one hand, it’s a boy-meets-girl love story, as Shinkai himself tells Fandom. On another, it’s a topical film with a political and environmental message – about climate change. But it’s also a film about a girl with psychic powers – specifically the power of atmokinesis, or the ability to change the weather with her mind.

In the film, Hina – a young girl from Tokyo – finds that this ability alters her body the more she uses it, gradually turning it to water. Dubbed the 100% Sunshine Girl, she teams up with Hodaka — the film’s protagonist and a 15-year-old runaway – to sell her services to the people of the city, which is being plagued by incessant rain. They mostly book her for special occasions, when they need good weather for an outdoor event. But as both Hina and Hodaka try to escape their pasts, they find themselves in a whole heap of trouble.

It’s not the first time in pop culture that the phenomenon of atmokinesis has been explored. Indeed, it’s an ability that a handful of Marvel characters have, including the God of Thunder himself, Thor, and the X-Men’s Storm. But it’s not just a creation of fiction – there are reports of instances where the mental manipulation of the atmosphere is said to have occurred, and people who claim to possess this power, including members of the Fandom community, some of whose quotes we’ve threaded throughout this article.

So is there any truth at all in the phenomenon? We spoke to a psychic expert to shed some (sun)light.

What Exactly Is Atmokinesis Anyway?

But first, Weathering With You director Makoto Shinkai tells us that the idea to create a character who could manipulate the weather was one that just came to him.

“I think everyone, when they were little, would have at some point wished for rain or for sun, whether it was to get out of a PE lesson or because they were looking forward to their school trip,” he says. “And I just thought, ‘What if someone could actually make that happen one hundred per cent?” And that’s how the ‘100% Sunshine Girl’, Hina, came about.”

While he says he carried out no particular research into the phenomenon when he was conceptualizing and writing his film, he says “I did find out later that a lot of people do say that they can control the weather; sometimes people will email me and say they can do it.”

“It happened to me a few times when I was young up till the present. I made it rain by chanting a set of words once and suddenly the clouds got dark, and it started to lightly drizzle. Once on a vacation, I also wished that the day would not be cloudy or rain and it did not for the whole rest of the trip even though it was projected to rain for the day itself and the days on the rest on the trip on the weather forecast. That’s why I believe this ability is real.” — Fandom Psi community member

The word ‘psychokinesis’ comes from the Greek, literally translated as ‘mental’ (‘psycho’) and ‘movement’ (‘kinesis’), and “Atmokinesis” is similarly created from the Greek word ‘atmos’ meaning air, vapour or steam aka atmosphere.

“Psychokinesis, in general, is briefly defined as the direct effect of the mind on the physical world that can’t be explained by the radiation of any known physical energy,” says Kelly. “PK includes any direct mind-over-matter effect or mental effect on a physical system.”

Real-Life Supervillains Among Us?

Practitioners of atmokinesis aren’t able to create freak weather conditions out of nowhere though.

“Focused intention and influence on meteorological phenomena (weather events) are largely limited to current or predicted events,” says Kelly. “These influences are usually very small but can have a domino effect on larger storm systems.”

Kelly says that reports of occurrences of weather control and other psychokinetic experiences suggest that instances of use are mainly when there’s a desperate need. So, in the case of atmokinesis, if a person is stranded amid extremely adverse weather conditions, the ability is thought to kick in to fulfill the basic human need for survival and shelter from the elements.

“I had this ability when I was younger, and would summon weak thunderstorms or amplify existing ones… it takes courage and a strong mind to do so but it is possible, though I found that when it comes to this, if you want to create a strong effect, you need to pull some pretty big somatics. While small things like a cloud can be done with a thought, you will be dancing around like a maniac to make something big happen.” — Fandom Psi community member

“Those who have these experiences often have some history of a dire need to control the weather in their immediate area, which could stem from anything from homelessness to living in a farming community to living in an underdeveloped country,” says Kelly. “However, with the big climate changes in recent years, reports of these experiences are growing in general.”

Echoing Kelly’s point, in Weathering With You, Tokyo is suffering from unseasonable and incessant rainfall, and it is this – which Shinkai confirms as representative of climate change — that seems to bring out and accelerate Hina’s atmokinetic abilities.

Kelly also says that there are examples of spontaneous atmokinesis taking effect as a result of stress, an unintentional experience that “may result in the worsening of storms”. A bit like some kind of real-life supervillain, perhaps.

Is There a Scientific Explanation?

While psychic abilities remain largely unexplained – and dismissed by scientists who have found no evidence to suggest psychokinesis exists or is possible (a 1988 US National Academy of Sciences report concluded that there is “no scientific justification from research conducted over a period of 130 years for the existence of parapsychological phenomena”) —  there are some who believe that these abilities can be explained as a kind of manipulation of energies.

So what is the general consensus of opinion among those who believe in psychic powers around the explanation for an ability like atmokinesis? Is there a scientific thesis? Kelly says that there hasn’t been a huge amount of research into atmokinesis specifically, but that there has been into a phenomenon she calls Clairvoyant Simulation, and “probability shifting”.

“There have been a lot of intention experiments focusing on shifting the probable outcomes of many different types of events,” says Kelly. “For example, the Intention Experiment is a series of scientifically controlled, web-based experiments testing the power of intention to change the physical world, and the Gaia Experiment, which involves PK-related experiments to study possible mind-matter interactions with the weather.”

But, says Kelly, how these experiences are scientifically possible continues to be a mystery. There have been many hypotheses, that’s for sure, and Kelly has her own.

“My hypothesis is centered around non-local quantum interactions,” she explains. Meaning that there are other, external factors relating to energy that she believes could be implicit in the phenomenon. “However, while some may be able to have these experiences, many may never have them. Through my qualitative research, I have seen a great deal of correlation with personality types and psychic experiences types.”

“It is not a power. It is merely an extension of your awareness, or consciousness … I would suggest meditation, and doing it for a while [if you want to test your ability to perform atmokinesis]. Align yourself, your being with the substance of Atmosphere. Visualise, instead of arms, you move the air. When you have thoughts or generate emotion, you are creating energy that manifests as storms … Also, consider that the very Atmosphere is sentient. It is a force of nature, and it has its own methods and behaviours. You must ‘gain its trust’. Do not hide anything.” — Fandom Psi community member

People who claim to have atmokinetic abilities tend to fall into a particular category, sharing traits with others.

She admits that, when it comes to atmokinesis in particular, it’s very difficult to measure in order to rule out coincidence. Plus, most reported instances occur spontaneously. Cases of controlled experiences are more common from someone who uses atmokinesis professionally. Which brings us back to Weathering With You, and Hina and Hodaka’s moneyspinning weather manipulation business.

But who, in the real world, are we talking about?

“An example of this is shamanic rainmaking which involves whole rituals to focus their intention,” says Kelly. “Rainmaking historically has been reported around the world in Africa, Asia, America, and Australia. And it is still a ritual used in some tribes today. Of course, there are debates as to if these rituals involve simply focusing the intention of the individual shaman or if the rituals invoke some form of entity to influence the weather for them…

“This weather influence can also be seen in large group mediations and even group prayer efforts to calm dangerous weather, ” continues Kelly, “This is where science needs to bridge with spirituality to understand what is truly going on.”

“This may sound weird but this ability has grown within me as I became older. I can control and make my own weather now and it has come more and more naturally. The weather is linked to my emotions. For example, once I was having a really terrible day and the forecast was sunny and 80 degrees but it was rainy and 60 degrees. I am learning to control it now so good luck to anyone else out there.” — Fandom Psi community member

Theresa M. Kelly, MsD. Is the founder and professor of clinical and scientific parapsychology at the University of Alternative Studies, a tuition-free online higher education institution. She is also the founder of the Center for Exceptional Human Experiences which offers free psychic and psychokinetic science classes for the general public – adults and teens. She is the author of 6 books in the area of parapsychology, and the author of many parapsychology papers.  Her website is http://www.qpsychics.com.

Weathering With You hits screens in the UK and the US on January 17.