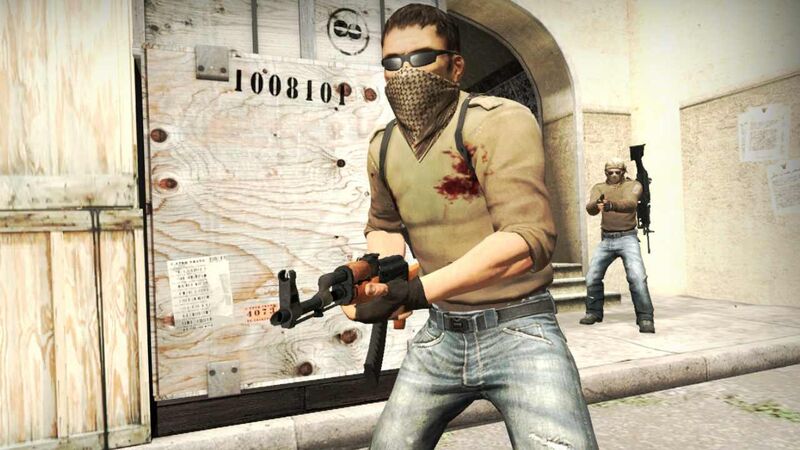 Which ‘CSGO’ Player Are You in Real Life?

A few months ago I was at a party. I didn’t know many people, so I went up to a group of strangers, introduced myself and said something outrageous.

Some of them laughed. Some of them became uncomfortable. Either way, I got a lot of info on the group. It’s a common anecdote for me — I like to make a splash, do something zany, and experiment socially.

Then I began to think…

When I play Counter-Strike, I’m usually an entry-fragger.

That means running into a site first and using the element of surprise to take fights and get information. Sometimes I get lucky and have a huge impact, but most of the time I die pretty quickly.

That’s when I realised I’m an entry-fragger both in Counter-strike and in real-life.

In doing some research, I discovered that modern psychology says we are all a mix of five personality traits, with one of them dominant. These are generally called ‘The Big Five’:

You know what also has the number five?

A team in Counter-Strike: Global Offensive.

So I asked myself: Do these correlate? Could knowing our dominant personality trait help us decide which position we should be playing? Could it even inform professional teams when they’re making roster changes?

Before I get too high on my own pop-psychology supply, let’s look at a better description of each of these classifications and see if my brain exploded twice for no reason.

A Closer Look at Psychology Types

The Big Five Personality traits were advanced by researchers Ernest Tupes and Raymond Christal in 1961, but their time in the sun didn’t come until recently when Cambridge Analytica used them to classify Facebook users for political targeting.

Cambridge Analytica’s algorithm, if given enough data (150+ Facebook likes), could know you better than your parents did.

Here’s how they were classifying people:

Openness  – You are open to new experiences and curious about the world. You have a great appreciation for art, adventure and a variety of experience. Your imagination is one of your best assets and you have excellent ideas and are quick to understand things.

Conscientiousness – You are high in self-discipline and have a preference for planned behaviour over spontaneous action. You’re always prepared, pay a high attention to details and like to follow a schedule. You like things clean and are exact in your work.

Extraversion – You are the life of the party, enjoy being the centre of attention and often act before thinking. You possess high visibility in a group and like to talk and assert yourself. You are most comfortable in the centre of things and surrounded by people.

Agreeableness – Your main concern is social harmony. You value getting along with others and are often trustworthy and helpful. You make people feel at ease because you’re interested in them and their feelings.

Now look at the roles in a Counter-Strike team:

In-game Leader – It’s your job to come up with the strats, dictate who’s playing what positions and make any mid-round calls. You’re probably not the biggest fragger on the team, but without you, there’d be no structure.

AWPer – Patience is one of your greatest virtues. Once you’ve predicted where the enemy will be coming, you’ll scope in and wait until they appear. You rely on your teammates to be more mobile than you, but when you’re on point, you’re the deadliest in the team.

Entry-fragger  – You do the dirty work of opening up a site. Your aim and bravery are your biggest assets, because you’re always the first to walk into danger. If you don’t get a frag, at the very least you will relay to the rest of your team how many are on the site and where they are.

Support  – Your role on the team is to make others look good. You’ll save your money to buy an AWP for someone, or drop a rifle if your entry-fragger is broke. You’ll also flash for him when he’s entering a site. Perhaps you’ll even have an idea of your own if the IGL is out of strats.

Lurker – You’re a lone wolf, hiding outside the opposite bomb-site to your team, waiting to catch out rotations and shoot them in the back. Your aim isn’t the best; instead your greatest asset is your ability to imagine what the enemy is thinking — then outsmart them with positioning.

It’s quite evident how these would match up:

My brain completed its trilogy of explosions.

So potentially, knowing which is your dominant personality trait could help you discover whether you’re playing the right role in your CSGO team.

For example, perhaps you’re everybody’s friend in real-life (Agreeableness), but keep bombing out when you try to enter bombsites. So why don’t you try Supporting your teammates, flashing for them and calling out positions once you’re dead?

If you’re the hardest-working person you know (Conscientiousness) and assiduously make your bed every morning, perhaps you can improve your CSGO by becoming the AWPer on your team?

With introversion and extroversion being highly researched subjects in recent times, more information has been found that these two brains are wired differently. While introverts have their own strengths, extroverts process stimuli quicker — making them more ideal for the Entry-fragger role.

Furthermore, if you know which role you naturally play on the server, it might give you a clue about how you could be living your life to be happier.

If you find yourself naturally calling strats in pugs like an In-Game Leader but are stuck working under layers of management in the real world, maybe it’s time to start a business where you can lead your own team?

If you’re often doing your own thing like a Lurker, waiting to catch others out, but are having a hard time finding a romantic partner, perhaps you need to stop tagging along with friends and instead try exploring a gallery or going to a market by yourself?

Finally, if you accept the premise that a well-rounded team has a representation of each type included, then it could also help your team decide on how to assemble the most effective roster.

Need to get rid of your Lurker? Don’t get in a second player with the dominant trait of Agreeableness, replace them with someone who’s also high in Neuroticism.

We saw the danger of imbalance in personalities recently when Mousesports replaced Styko (Support) with Snax (Lurker) and later reverted to Styko when the team balance didn’t work. Perhaps they could have avoided this costly mistake had they considered the dominant personality traits of both players.

Similarly, if the rumours are true and a team like Faze is looking to make a roster change, they might do worse than looking at the remaining mix of personalities and working out what’s missing from their balance of Big Five Personalities.

To find out which personality trait is dominant in you, do the test here.