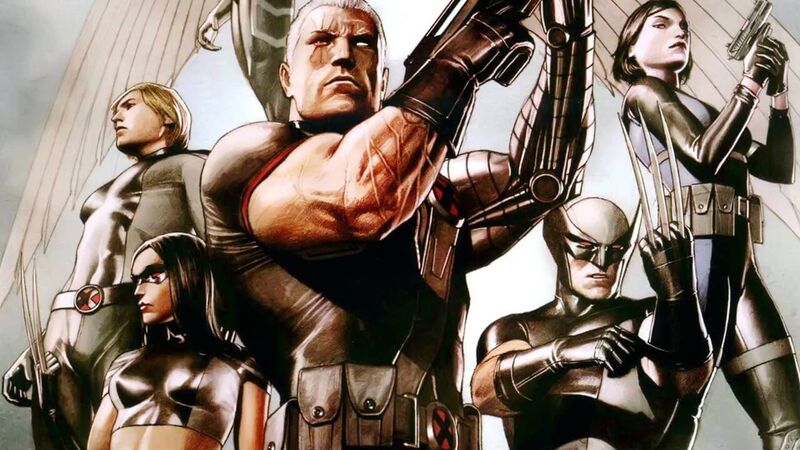 X- Force #1 turned 25 last week. What does that mean for the comic loving crowds of today? Well, it was the world’s introduction to what would become a Liefeld comic. Rob Liefeld was reigned in during his early New Mutants work and never quite got the chance to break out. While he was able to introduce his characters and rework some of an old Alpha Flight proposal, autonomy wouldn’t be afforded to the modern day Kirby until the launch of X-Force. 1991 was meant to be a turning point for the X-Men books. X-Tinction Agenda and The Muir Isle Saga had shown the growing impact of superstar artists like Jim Lee and Rob Liefeld over these books. Chris Claremont and other writers were becoming less important to book sales. However, their artist powerhouse replacements didn’t want to follow what had been established.

Jim Lee was given the new adjectiveless X-Men book where long-time characters were pushed out of the way and new edgy 90s material was developed. Meanwhile, the young adult friendly New Mutants was turned into a B-Action killer book known as X-Force. It wasn’t long before Louise Simonson left for the Superman books at DC and Chris Claremont began the long decline into becoming the modern day George Lucas of Marvel. What happened next has been told in many documentaries, articles, interviews and more. While Liefeld and Lee were appeased, they were being rallied together by Todd McFarlane to join the first truly independent comic book company. Marvel was breaking their backs and taking their profits, how’s about going into business for yourself? The artists agonized over this for the better part of a year. But, that year of waiting gave us X-Force.

The first issue of the book opens with a direct homage from New Teen Titans #39. The team was getting ready to strike a hidden base of The Mutant Liberation Front. Liefeld being a giant George Perez fan chose to position the new team’s introduction in a manner befitting the last true outing of DC’s Teen Titans. Some have asked if the effort was a symbolic jab at the Distinguished Competition, but I don’t buy it. Sometimes, you just want to strive for a little of that Perez magic. Liefeld was an established fan of Perez and the Titans. We all know of the Slade Wilson/Wade Wilson controversy surrounding the creation of Deadpool. What’s sadder is that now Deadpool is a certified film hit and Deathstroke is played by a stuntman on a CW show.

What of the actual issue? When it first hit store shelves in its first printing, it was polybagged with trading cards. Some of the later printings could be found paired with cards, but this is a book that sold 4 million copies. For comic nerds, this was the printed equivalent of owning Frampton Comes Alive. It just felt like it came to your house alongside samples of Tide. Seriously, there were stories in the mid-90s up until 2010 that would give you free copies of this book just to get it out of their stores. While Fabian Nicieza would continue scripting the book over Liefeld’s plots, this entire affair was clearly an effort to prop up Liefeld’s fame. After all, he was in jeans commercials.

While not really moving the plot forward of the series, it did serve as an introduction to familiar and new characters. The New Mutants were gone and scattered to the winds. Cannonball and Boom Boom were the only two true members left and they had become edgier under Cable’s military guidance. The rest of the characters were pick-ups that Liefeld tested out what New Mutants was ending. Sure, Warpath had been around since the New Mutants days, but he never got a true personality until Nicieza took over the book full-time. The villains were even less fleshed out. The only key interaction between the two teams came when Shatterstar lobbed off Reaper’s hand in a way that defied physics.

Even the credits for the book showed where Marvel firmly rested in the summer of 1991. DeFalco and Harras were steering ships for artists that were fulfilling a pop culture need that had dominated every other field in entertainment. While Grunge was slowly on the rise in music, this book still arrived 3 months before Nevermind hit store shelves. Looking back at it, it’s weird seeing a new era that was almost doomed to be passe before it began. It felt like Marvel was reacting too late 80s changes by going hardcore during the rise of Generation X. Still, it’s not like any of those targeted audiences were reading comics. At best, they were speculating on comics and helping to build the market to its eventual collapse.

X-Force at the quarter century mark makes one feel old. While new fans are discovering X-Force via Deadpool and other X-Men outlets, they’re missing out on what it was like to see these guys are their debut. Now, it feels like the time Poochie joined Itchy & Scratchy. The old show was working just fine and it seems like this new addition was trying too hard. What makes it worse were the efforts to keep the art feel and the writing the same after Liefeld left Marvel to help found Image. Younger fans will find it hard to believe that Marvel was that desperate to make something that needy and flashy. But, that was comicdom in the 1990s. It was a dark time and we’re all better to have ended it.