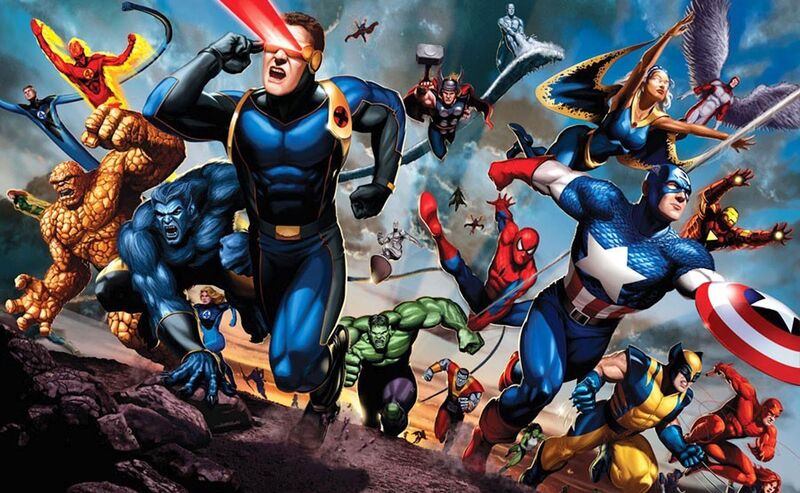 5 Ways the X-Men Could Change the MCU

Disney’s acquisition of 20th Century Fox will cause big changes in the world of film and television, most notably when it comes to the Marvel Cinematic Universe. Once Marvel Studios finalise the deal, they will be able to introduce one of their most iconic properties from the comics, the X-Men, into the MCU. Getting mutants into the MCU leaves the door wide open for many possibilities, so here are just a few ways this could change the entire franchise.

The ability to feature the X-Men in the MCU allows Marvel to explore relationships between certain characters from the comics. The massive success of Black Panther has led to a lot of speculation around the direction that the sequel will take, with the marriage between T’Challa and Storm being a topic of particular discussion. Introducing the mutant would undoubtedly affect his romance with Nakia, which Chadwick Boseman and Lupita Nyong’o have already discussed in interviews.

Another connection that the MCU may touch on in the future is Magneto‘s paternity of Quicksilver and Scarlet Witch. Avengers: Age of Ultron vaguely referenced the backstory of the Maximoff twins by having them explain that their parents were killed in a bombing attack when they were ten years old, though they could reveal later down the road that they were adopted and Magneto is their real father. This could add an interesting new dimension to Wanda’s character development.

Marvel has released 18 movies to date and there’s so far no hint of the existence of mutants. Introducing Spider-Man into the MCU was easy due to his youth and him being in his early days as a superhero, but in the comics, mutants have existed for thousands of years. So where have they been until now? Were they on the island of Genosha, which, like Wakanda, has been hidden from the wider world? Did Professor X wipe all knowledge of them from humanity’s minds? Once they do appear, what is their reason for revealing themselves?

The answers to these questions could put a fascinating twist on the MCU’s overall history, and seeing how the established MCU characters will react to the presence of mutant-kind will be interesting, to say the least.

One character who the general public has really been embraced in the last couple of years is Deadpool, and a lot of this is because his movie is rated R. The unprecedented success of Deadpool makes it difficult to imagine that Marvel would give the audience a toned-down version. But in doing so, this could lead to the MCU’s first foray into R-rated material.

MCU movies have stayed in the realm of PG-13 and left the more mature content for its Netflix shows. However, the studio has never released anything as raunchy as Deadpool. Given Deadpool‘s success, this may result in the MCU featuring foul language, crude humor, gore, nudity, and graphic sex scenes for the first time. And Disney CEO, Bob Iger, has already discussed this possibility and is onboard.

In the last few years, Marvel have been doing everything they can to raise the popularity of Inhumans, mainly due to their inability to use the X-Men in the MCU. However, the results have not been what they were hoping for. The planned movie focusing on the Inhuman Royal Family was cancelled, with the television series that was made instead was also a failure. Furthermore, Agents of S.H.I.E.L.D., the series that introduced Inhumans to the MCU, is likely to end with its current season.

All these factors, as well as the possibility of featuring mutants, means that there’s no reason to push the Inhumans. It’s now likely that their MCU days are numbered, and it’s doubtful that we’ll see them again.

The most common criticism of the MCU is that the villains are underwhelming, with Tom Hiddleston‘s Loki and Michael B. Jordan‘s Erik Killmonger generally considered the only exceptions. Throughout the history of the comics, the X-Men have faced off against some of Marvel’s most compelling villains. If done right, this could give the MCU a better collection of antagonists to choose from.

Marvel have the opportunity to give us new interpretations of villains we have already seen in live-action films, like Magneto, the Hellfire Club, the Shadow King, Apocalypse and his Horsemen. However, they can also give us the live-action debuts of compelling characters like Mister Sinister, who Bryan Cranston has expressed an interest in portraying.

The introduction of the X-Men into the MCU is a vast goldmine of possibilities for worldbuilding. It’s going to be very exciting to see how it changes the franchises as it progresses into the future.