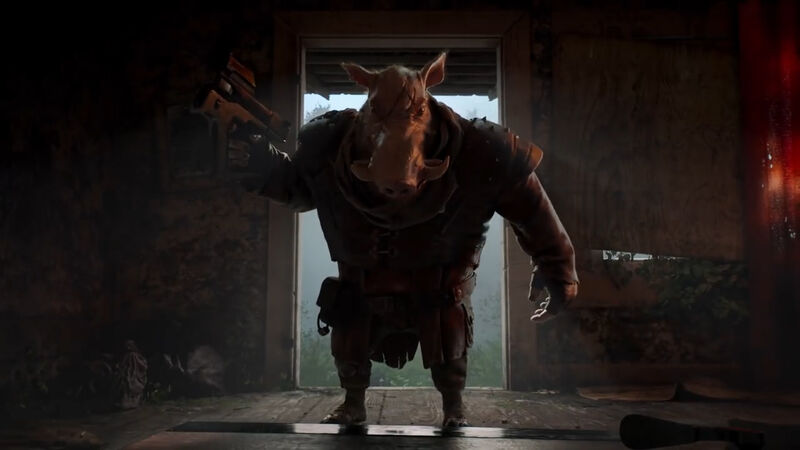 If You Like ‘XCOM’, You Need to Know These Five Games

It’s a good time to be a fan of turn-based tactics. The last two XCOM games were magnificent, and the sequel even secured its longevity by enabling modders. But Firaxis is just one studio, which can only come out with so much content every few years.

That leaves a massive hole for tactics addicts, and several new games are stepping up to fill that space. All of them have their own unique take on the genre, but there are also some XCOM idiosyncrasies each game is vocally addressing. The biggest one is die rolls, and each game below approaches this in its own way.

We think more than a few of them look pretty good too, but you be the judge…

Based on a popular Swedish board game, Mutant Year Zero has high-level talent from both the Hitman and Payday franchises, and it shows. Seamlessly blending real-time stealth with turn-based, tactical combat, you’ll avoid guards and collect information before battles begin so you can have as big an advantage as possible.

Everything you collect in Mutant Year Zero, from cosmetic items to home base upgrades, has to be earned in the field. That goes for squad members too, and these anthropomorphised soldiers will all have different mutation trees to explore.

There are die rolls in Mutant Year Zero, but rather than the emphasis being on the randomness, the focus is on factors that effect the randomness. This means variables like cover, height, and special effects have lots of weight when determining hit percentages.

Expect a lot of 0% and 100% shots. And expect to be able to heavily modify those percentages with smart play.

With one of the main brains behind the original X-COM: UFO Defense, Phoenix Point has a strong claim to being its spiritual successor. Creator Julian Gollop’s name helped the project through a successful crowdfunding campaign, and now that the game is showing pre-release scenarios, it’s pulling in quite a lot of money indeed.

One of the key differences here is Phoenix Point allows players with accurate rifles to target specific body parts, a la Fallout. It’s not necessary — if you think you’ll definitely hit their left arm, you can just eyeball it. Phoenix Point is aiming for a simulation feel, where every bullet’s trajectory is calculated individually.

Throw in a few massive bosses with more than enough parts to target, and you’ve got yourself a few different emerging strategies.

What we played of the game was intensely difficult, but not impossible. Expect to walk into a fight with a plan, and formulate a few new ones by the time you get hit with your first bullet. As Mike Tyson says, everyone has a plan until they get punched in the face.

For us, that was our crucial soldier — the heavy weapons specialist — getting shot in the right hand, making him unable to fire and useless for the rest of the battle. That simulation-level specificity of combat can work against you, too.

Probably the most unique entry on this list, Phantom Doctrine is heavily focused on story. Set in the Cold War, you’ll infiltrate compounds to steal information and sabotage enemy efforts, in a time when spies physically needed to be present to cause digital mischief.

At the extreme ends of the Phantom Doctrine tech trees, it dips into Cold War conspiracy theories. You’ll come across programs like MK-ULTRA, and brainwashing enemy spies is an option. Of course, you won’t always know if they’ve done the same to you…

It completely does away with die rolls. You’ll either hit or you won’t, and there will be tradeoffs, but no randomness. Each unit on the field also has an “Awareness” bar that allows them to affect outcomes. Conversely, some attacks and events sap a target’s Awareness. It’s a strategy that can and will be used against you.

After you’ve completed the campaign from both sides of the Cold War, you can then play it again from the perspective of the Mossad. Each side brings new insights to the conflict.

We’ve all seen plenty of games about Space Marines, now that the floodgates are open for 40K games. But how many games let you play as the Adeptus Mechanicus?

These Martian worshippers of the Machine God were one of the Emperor’s first additions to his glorious Imperium of Man. They’re mostly credited with building the massive Titans and warships, but in Mechanicus, you’ll be taking Tech-Priests directly into battle.

In this interesting take on the formula, you need information from the surrounding nodes to upgrade your abilities. It’s a bit like gathering resources mid-combat.

Your main enemy here is the Necrons, and the longer you spend dilly dallying, the more they awaken. There will be a lot of dumb, weak enemies, and often one very powerful Necron Lord.

This is the only game on this list that’s out right now, so you can go grab it at your leisure. Based on the popular tabletop game, Battletech is basically Mechwarrior but in top-down, turn-based tactics mode.

It involves some lengthy battles, and complex UI elements to display all the combinations of who can see who, and who’s in who’s firing arc. That’ll be a good thing for some, and for others it’ll be a slower pace than what they expected from seeing giant robots on the tin.

Use the tools at your disposal to make educated calls in the heat of battle! 🤖 #BATTLETECH pic.twitter.com/uXG2S5pW6U

It is a very pure representation of the board game though, and that earns our respect. With nearly the price tag of a full triple-A game, you’d want it to be involved.

There’s no lack of awesome tactics games coming up. While we’ll forever lament the lack of sequels in absent franchises like Advance Wars, it’s actually great to see these faithful, successful representations of tabletop games. Not to mention unique newcomers like Phantom Doctrine.

Many of these are not too far out from release, as well. The first casualty in this war will be your free time.