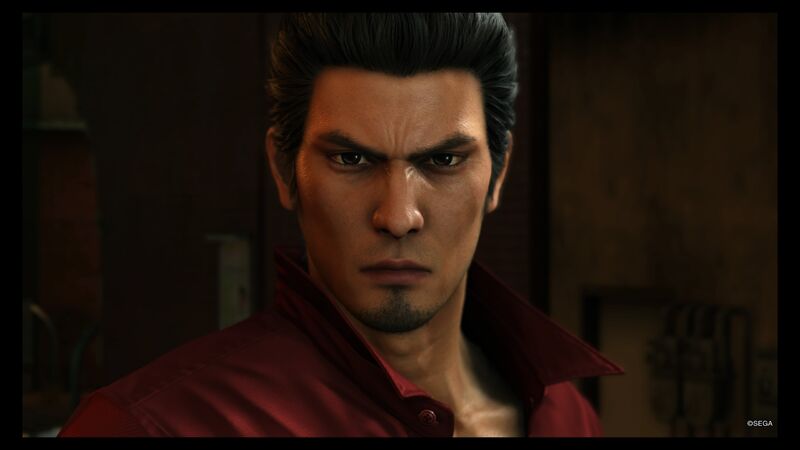 Fans of Sega’s long-running crime epic series Yakuza have never had it so good. In the last two years, we’ve seen four Yakuza titles released, including the remake Yakuza Kiwami 2 coming next month. It’s a late yet nonetheless vindicating result for a series that at one point seemed fated to never catch on in the West. With series producer Daisuke Sato paying a rare visit to Europe for the Japan Expo in Paris, we had the chance to sit down and get his thoughts on the series’ late appreciation in the West.

Of course, one of the reasons for that late appreciation comes down to the fact that localisation of the Yakuza games has always taken an incredibly long time. Yet, back in its native land, Yakuza is the same kind of annual blockbuster that Call of Duty or FIFA is in the West.

“The idea was always to target the Japanese male audience,” Sato tells us. “The original Yakuza concept was to describe what Japan looks like in the modern day.”

But despite intending its level of authenticity for Japanese audiences, most notably the little details of the game’s key location Kamurocho as it changes with each era, it’s a series that has nonetheless captivated Western audiences. Why? Because as well as offering gleefully unabashed macho melodrama, much like the Persona series, the Yakuza games also function as Japanese tourism simulators.

For many players in Europe and America, Yakuza 0 was the real series turning point. As a prequel, it not only conveniently offloaded a decade of story baggage for newcomers but also looked the part on PS4 hardware, despite running on a last-gen engine.

“We started to understand from the time we released Yakuza 0 that the West was a bigger audience and it has more potential,” admits Sato. “So we have put a lot of efforts from that time to make it happen faster.”

Making Japan appeal to the West

Still, despite Yakuza finding a bigger audience than ever – Yakuza 6 debuted at No. 3 in the UK charts,  impressive considering it came out the same week as PS4 big daddy God of War – aside from its speedier localisation, the team isn’t looking to change up the formula to make it explicitly appeal to Western tastes.

“We’re just trying to reflect what Japan looks like in reality,” says Sato. “That’s why we thought it would be interesting to include hostess bars and whatever makes Japan the real Japan – it has to be in the game. As part of this concept, we don’t think we should include new elements to make Western audiences happy. The big concept remains to transcribe what today’s Japan is.”

He admits that, as a Japanese person, he’s not particularly aware what Western audiences might find appealing. If anything, past efforts misread expectations. The original Yakuza released on PS2 featured an English dub, which while featuring some respectable voice talent including Michael Madsen and Mark Hamill, undercut the authenticity the game was going for. More controversially, Yakuza 3 saw a lot of content such as hostess bars cut from the Western release.

“At the time I was thinking that hostess bars were not existing outside Japan,” Sato explains. “It’s a very Japanese concept. I thought that people would be bored if they just go into a hostess club. But I was very wrong!”

In contrast to what would be described as filler in most open-world games, the series’ bizarrely eccentric fluff has been the highlight for many Yakuza fans in the West, often more so than the main story.

“I got complaints from so many people that I’ve learned my lesson and I understand now,” says Sato. “That’s why from that point I decided I would never remove anything more from the upcoming Yakuza games.” Indeed, fast forward to Yakuza 6 and everything from cat cafes to ‘kabedon’ references to live-action cam girl mini games are intact. Instead of being influenced by what Western studios might be doing, a strong Japanese identity is its USP.

With such a strong debut from Yakuza 6, it’s likely that it’s become the entry-point for many players, though it’s ironically also a swansong for series protagonist Kiryu. While long-standing fans may lament, Sato also sees it as drawing an important line to look to the future.

“The Yakuza series has lasted more than 10 years and Kiryu has featured in so many,” he says. “But the more you continue a story with many games, the more difficult it is for newcomers to enter it. We want to offer a new start for Yakuza fans, maybe a new way to appeal to new players to discover the same universe but new gameplay and characters.”

Surprisingly, he alludes to Final Fantasy as an inspiration. Sato sees it as a series that’s able to have new characters and storylines yet still happen in the same universe (or at least have recurring themes and conventions). A more obvious comparison would be Assassin’s Creed, which left behind Ezio and Desmond Miles long ago in favour of jumping around different historical periods.

The series has a number of directions it can go then. As well as a game featuring an all-new protagonist, a free-to-play online game is in the works for PC and smartphones, while Sato had previously hinted at a possible follow-up to Yakuza 0 . Whatever happens though, we can rest assured that we won’t be kept waiting this time.