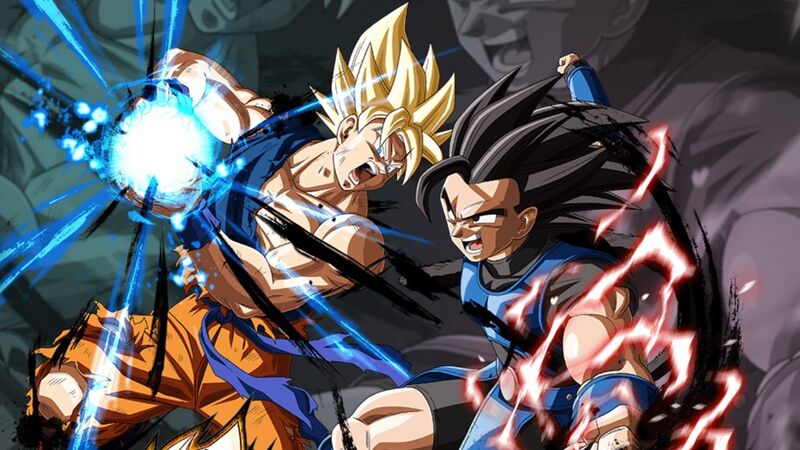 When you love video games, it can be easy to become a bit of a snob about playing on mobile. If you own a console or PC that provides you with sprawling 80 hour RPG epics, choosing to spend your precious time on throwaway apps like Clash Of Clans can feel a bit like abandoning a gourmet meal midway through in order to tuck into a soggy kebab.

Sure, there’s nothing wrong with enjoying some questionable junk food every now and again, but sooner or later, you’re going to start wondering why you didn’t just stick with the good stuff.

Yet, with apps now beginning to offer players more in-depth and original experiences, attitudes towards smartphone games are also starting to shift. Whether it’s playing host to uniquely beautiful experiences like Florence, or recent console phenomenons like PUBG and Fortnite somehow surviving the transition to mobile intact, interactive entertainment on smartphones is arguably now better than it’s ever been.

It looks like this mobile momentum shows no sign of slowing down either, as based on what we’ve seen of the upcoming Dragon Ball Legends so far –app-based action could be about to get another impressive poster boy.

Developed by DIMPS, the team responsible for classic Dragon Ball beat ‘em ups like the Budokai series and the more recent Xenoverse games, Legends’ stylish 3D visuals immediately give off the impression that this is an impressively fully-fledged fighter. Thanks to its striking console-quality production values and high-quality 3D character models, at first glance, this looks like your very own pocket-sized Budokai.

Yet, after finally getting fingers on with the app, it turns out this isn’t actually a traditional fighting game at all – it’s something far more unique.

Where seminal smash ‘em ups like Street Fighter or Dragon Ball FighterZ demand that players master a series of complex inputs, Legends instead eschews complexity for accessibility, allowing you to demolish your opponents with only one finger.

Speaking with the game’s producer Keigo Ikeda, he reveals that at one point Legends almost was a console-like brawler.

“In the beginning, we wanted to create a heavily action orientated game, so we tried build a game where you hold the game landscape wise and play with two hands. But it was fidgety and difficult to control – touchscreens don’t work like controllers. So we switched back to portrait so that you can hold (the phone) with one hand.”

While it certainly shares some similarities with the fighting genre, sensibly, the developers haven’t tried to shoehorn a console experience onto mobile. Instead, this one v one Dragon Ball beat ‘em up works because it feels like a hybrid of several different types of mobile games.

Sporting an over the shoulder view, players hold their phones vertically, tapping to attack and swiping to move in the intended direction. There’s a bit more nuance to the controls than that, of course, with a vertical swipe sending players dashing or into a backstep, and tapping and holding the screen allowing your fighter to charge up their Ki.

But when it comes to unleashing screen-filling specials, the main bulk of the action here boils down to using a series of on-screen cards.

As you may expect, the strategic element in Legends comes down to timing your dodges and choosing when to combine standard attacks with your more punishing card deck of destruction. Despite sounding a bit weird on paper, it’s all very intuitive. The response time is rapid enough that you feel like you’re in control, but forgiving enough that you can play one-handed on your commute without breaking a sweat.

Launching a KI blast at Piccolo before dashing into him and unleashing a flurry of punches into the unsuspecting Namek all felt surprisingly faithful to the anime – and more importantly, it was a ton of fun to pull off.

Keeping Your Cards Close To Your Chest

The card-based attacks aren’t all you have up your arsenal though. If you want to create a real screen-filling spectacle, you can always unleash your Rising Rush attack. Much like an Ultra attack from Street Fighter, these game-changing attacks can take a huge chunk out of your opponent’s health bar. In order to earn them, however, you’ll have to use the right combination of cards beforehand.

It’s this mix of fast-paced brawling and card battling that makes Legends feel unlike anything else. Whenever our matches ended, we found ourselves eager to hop right back into battle – especially when we were taking on a human opponent.  Interestingly for a mobile game, thanks to Google’s Cloud Program, this app promises to let players seamlessly take on opponents anywhere in the world.

Where server limitations and internet speed restrictions normally see players divided into region-specific servers so that matches don’t slow to a crawl, here, Bandai states that you can grab your favourite team of Dragon Ball characters and fire a Kamehameha at someone who’s sitting on the other side of the planet.

Testing the online in a US event space, we didn’t have the chance to put this through its paces, but a live demonstration of a battle in San Francisco against one of the devs’ Japanese colleagues showed that the potential for seamless online brawling is certainly there.

PVP is definitely the main focus here, but Ikeda also revealed that there will still be single player modes for fans to get stuck into.

“We’ve been really pushing PVP as a whole project but that’s not the only game mode that we’ll be providing. There will also be an original DB re-enactment type of event where you can play in certain iconic events against characters that players want to see, were you relive your favourite scenes from the anime. Then there’s also an original story mode too.”

Like FighterZ before it, series creator Akira Toriyama has clearly seen something in Legends, as once again he has designed an entirely original character for the game. “the original character will be the main protagonist [in Legends’ story mode] – you’ll be seeing the story from his point of view,” Ikeda confirms.

In terms of more memorable faces, the full roster has yet to be revealed. So far though, we’ve seen Super Saiyan Goku, Piccolo, Pan, Vegeta, Krillin, Nappa and Frieza in his base form.

As you’d expect, this will be a free to play game. While Bandai Namco has yet to officially confirm how microtransactions will work in Legends, Ikeda said he and the team are attempting to make them as unobtrusive as possible.

“It is free to play and there are some in-app purchases, but it’s not going to be off when compared to what we have on other apps right now. We’re still actually thinking about it and we haven’t decided completely what to do.”

Ever since the advent of the appstore, shoddy licensed games have been dumped onto the storefront by the bucketload. Thanks to Super and of course the brilliant FighterZ, Dragon Ball is currently enjoying a worldwide resurgence, hitting a peak of popularity that it hasn’t since the early 2000s. It’s good to see Bandai Namco capitalising on this, and using the anime’s momentum to create a surprisingly competent mobile tie-in. But will the publisher manage to get the balance right between player fun and in app purchases to help the company’s finances?

Either way, we’ll find out soon, because Dragon Ball Legends is coming to Android and iOS this summer.