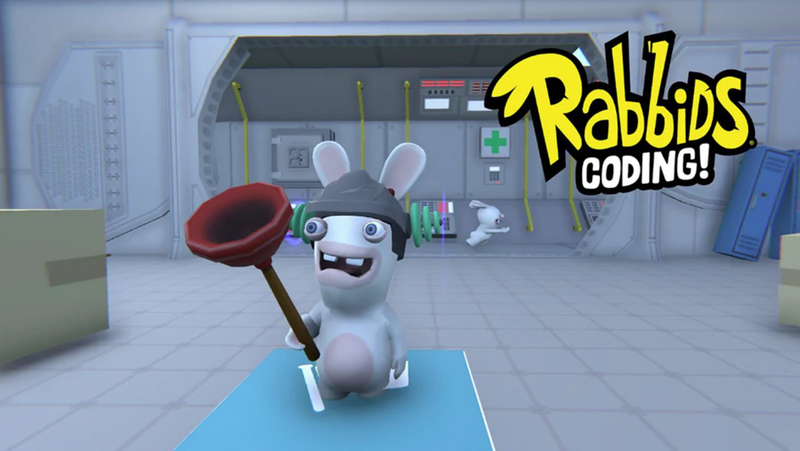 Games For Good: How Ubisoft is Gamifying Education and Beyond

For all the flack video games tend to get for ‘corrupting’ young people, people forget that the medium has been used as a tool for education almost as long as it’s existed.  Early titles such as Where in the World is Carmen Sandiego? or Mario is Missing used games to teach lessons about the world around us – earning themselves the grim moniker of ‘edutainment’ in the process – but thankfully, recent years have seen game developers make learning feel genuinely fun.

Thanks to free developer tools and the rise of tech like virtual reality, contemporary efforts are more likely to make subjects such as history and geography more immersive, or use games to impart more practical skills through play.

In recent years, we’ve seen the Museum of London create interactive tours of the Great Fire of London in Minecraft , Nintendo’s Labo teach kids the joy of tactile creation and even games like Portal used to improve cognitive skills and demonstrate physics. Yet while there’s a certain logic to these titles having educational applications, the next step in using interactive entertainment to teach is, well, far less expected.

After the impressively robust virtual museum tool that was Assassin’s Creed Discovery Tour , Ubisoft are once again using their household names to trick kids into learning. Ubisoft’s Rabbids, the chaotic critters that first appeared as enemies in the Rayman franchise, are up to their usual tricks – but this time they’re going to subtely teach your kids how to code.

Rabbids Coding is a new, free piece of software for PC that merges simple mouse-controlled gameplay with the fundamentals of computer programming. At a glance, it’s colourful and cartoonish, with the Rabbids having invaded a space station, and the player luring them to washing machine portals to transport them away.

However, every step a Rabbid – or sometimes a robot used to lure Rabbids – takes is determined by dragging an instruction ‘cell’ into place, each one telling them to move forward, turn one direction or another, or perform an action.

From Rabbids to Pythons

While it’s not teaching a specific coding language, the idea is to give kids a basic understanding of how coding works, the language behind the languages, so when they go on to learn something more specific, they have an underlying appreciation of what code does and how it works at a core level. The playful puzzles they learn to solve with Rabbids Coding primes them in how to think about coding in a wider sense.

“[It’s about] teaching them the mindset, the algorhythmic logic of ‘what is an instruction’, and how to place instructions,” says Olivier Palmieri, creative director at Ubisoft. “Then, in later levels, you can see loops, that basically say ‘if this, then do that’, or ‘if that action is right, then continue to do this code’, so there’s more instructions, more logic to be discovered. We believe that this gives you the keys to understand the logic behind programming, and then start Python, start C++, start any type of language and have the mindset ready to do that.”

As you progress through the 32 levels of Rabbids Coding, more advanced coding techniques become available, and the game allows more freedom to fail, letting you combine code cells at will to create solutions to the Rabbid infestation. Clear everything, and a sandbox world becomes available, allowing you to create your own challenges and experiment with your newfound coding prowess.

“You’re able to see kind of a reproduction of the [actual] code,” explains Palmieri, “You can click a button and you see a working representation, more like real code. This kind of translation gives you more cues on how to program.”

Palmieri says that Ubisoft began work on Rabbids Coding “about a year ago”, after the company “became interested in providing an accessible way to teach coding and show how it could foster opportunities.”

“It was about making it accessible to everyone and ensuring that coding is not crazy hard, that it was saying something that’s understandable,” he adds.

This isn’t the first time a property popular with kids has been used to try to teach coding – the BBC launched Doctor Who: The Doctor and the Dalek in 2015 , and sought to impart the basics of programming through a controllable Dalek. However, where the Doctor’s effort mixed in various gameplay styles wrapped around a narrative, Rabbids Coding proves to be both a purer coding experience, and a lot clearer and more accessible for first-time coders.

Plus, where the BBC’s effort was tied to the UK’s IT curriculum of the time, Ubisoft is looking to work with schools and libraries to develop learning programmes centred on Rabbids Coding, even producing a handbook to plan lessons.

“It allows teachers to have the solutions to every level so when the kids asked for more optimised code, they can try to give cues to achieve that,” says Palmieri. “It explains the logic of the instructions, so you don’t need to be a programmer yourself to teach kids code through Rabbits Coding. It’s also giving some hints on how to play with the sandbox level in the end.”

While Rabbids Coding could be a first step on a path towards understanding computer science, Ubisoft is aiming to continue that education right through to graduate level. Working with Concordia University in Montréal and e-learning company KnowledgeOne, it has launched Game Creators Odyssey , a game design course split into two ‘acts’. “Rational Game Design” teaches how game mechanics are created, while “Rational Level Design” looks at how to weave together environments and experiences.

Like Rabbids Coding, the learning experience is gamified, but here students guide a ninja, Nagato, on “a quest to discover his true calling and craft his legacy.” While it features several elements familiar to commercial games – including experience points to unlock “further content and level-up in the leaderboard” – students will have to analyse other games and engage with interviews from established developers, before creating their own game concept to complete the course.

Those who do will receive accredited certification from their affiliated university and Ubisoft, and could find themselves on a path to careers in game or level design, wider development, or user experience design.

“It’s interesting to have something that targets kids and adults, at every age group,” says Palmieri, who is also the course expert for Game Creators Odyssey. “Rabbids Coding is about programming and the logic, and the Game Creators Odyssey is about creating a common language, having a rational approach to game design and [how to] communicate between the programmers and the designers and the rest of the team.”

There’s a blind spot in Ubisoft’s education plans at present though: the gulf between early years education and university level. While the recently-launched Project Oikos straddles the age gap, the environmentally-themed title is more in the vein of those edutainment efforts from the industry’s earlier days, teaching lessons about a particular subject rather than using games as a medium to train skills though. That’s something that could change, as Ubisoft continues to grow into the education sector:

“We are more and more interested in doing educational games or going beyond gaming and going [directly] into schools and universities,” says Palmieri. “It’s just a start, I would say, and we continue to develop experiences. For example, I’m also working on VR and we are looking into how we can use VR and AR technologies in the education sector, to see how our gaming expertise can help gamify other programs and generate even more interest into what could be your future job.”

Playing With Your Health

Ubisoft is also investigating the potential for games and gaming technologies to benefit people beyond education, and the company has already been exploring how they could apply to healthcare and therapy.

Back in 2015, Ubisoft announced Dig Rush, an experimental title designed to help treat amblyopia, or “lazy eye” syndrome. The condition is neurological, rather than physiological, and means the brain does not properly interpret images from the affected eye. If detected at a young enough age – usually before five years old – treatment can be attempted by having children wear patches over the ‘healthy’ eye, to force the brain to rely more on the amblyopic one.

Dig Rush, which was developed in conjunction with Montréal’s McGill University and private company Amblyotech, had players wear stereoscopic lenses while guiding characters around a mine and overcoming environmental puzzles. Researchers could then modify contrasting levels of red and blue in-game, forcing the eyes to process images independently to slowly re-train the brain. While the 2015 version was never released, it laid the groundwork for the company’s expansion into health.

“We’re still working on [Dig Rush],” says Palmieri. “In the health sector, it’s very complicated. We have to make sure that the program is effective, that it does not have any negative effects, and so on. But we are very interested in that type of experience, in that type of product, and we will try to continue to do such programs in the future.”

One technology that might aid software such as Dig Rush could be the same virtual reality tech that Palmieri is exploring for education. VR platforms are far more viable now than even four years ago, and as most headsets at the mid-range of the market upwards have one screen per eye – or can use lenses to focus particular images to each eye – the experience could be tailored to the user for individual treatment regimes. Palmieri sees even greater applications though, developing therapies for mental health as much as physical.

“For amblyopia, maybe it could be interesting because it’s one screen per eye,” he says. “Eventually it could be used to treat phobias – we think that VR can have other very interesting applications because it immerses you in another world. For trauma, there’s lots of companies trying to combat your fears, to help you go beyond your pain, and that’s a thing that we are very interested in looking at.”

Of course, Ubisoft integrating itself into the education or health ecosystems isn’t entirely altruistic – the more people who grow up with a base level understanding of coding, who can pursue education in game development through to graduate level, and who are better trained at every level, the greater the talent pool it can employ from.

Yet even then, not everyone who goes through that hypothetical educational assembly line is going to be put to work on 2039’s Assassin’s Creed – the same developer skills Ubisoft is aiming to cultivate could just as easily be turned to creating future games and technologies to help everyone, gamer or not.

“I cannot tell everything that we are doing but we are very interested in seeing how we target education with technology,” says Palmieri. “We can make things more accessible, we can help people in their daily lives, and if they have issues, [perhaps we] can help with that.”