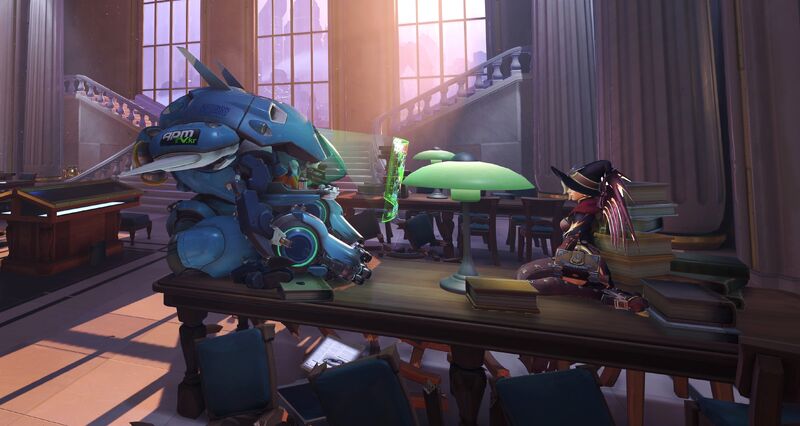 How ‘Overwatch’ has changed while you’ve been playing ‘Destiny 2’

For many Overwatch players, Blizzard’s colourful FPS isn’t just a bit of throwaway fun – it’s an all-consuming hobby. Thanks to the shooter’s iconic character designs and utterly addictive gameplay, it’s become the main reason for many to turn on their consoles, entertaining millions of gamers since 2016.

While new characters, stages and even limited-time events have been added semi-regularly to keep Overwatch feeling fresh, it’s arguably this latest patch that’s had the biggest impact on the game so far.

Those who have taken a Destiny-themed vacation from Overwatch will be coming back to find some pretty major changes to their beloved game. With Blizzard’s latest update, the developer has drastically overhauled two of the game’s most revered characters, DVA and Mercy. But are these changes for better or for worse? Let’s take a look.

For those new to the game, DVA is one of Overwatch’s most popular tanks. A Korean pro Starcraft player, DVA’s unrivalled skill at video games saw her being called upon to pilot a mech, joining humanity’s fight against the rogue robots known as the Omnics.

First up is the addition of a new offensive ability called Micro Missiles. This new attack sees DVA unleashing a salvo of small missiles in whatever direction the player chooses. In a nice touch, players are also free to use any of DVA’s other abilities in conjunction with this explosive onslaught.

The second major change in store for our mecha-maiden comes to her trusty Defense Matrix. Where previously this lifesaving ability would shield DVA and those around her from harm for four seconds, this handy digital barrier now only lasts for two seconds. The good news, though, is that it also regenerates far quicker, meaning that while it won’t protect you from one attack as long, you can actually use Defense Matrix far more often overall.

The third major tweak to DVA means she can now actually fire her weapons while flying. Where previously her Boosters were mainly reserved for getting DVA out of hairy situations, players can now boost headfirst into enemies and bombard them with fire. All these changes have a huge impact on how DVA plays, with these tweaks making her feel like a far more aggressive character than she did previously. Personally, we’re huge fans of these changes, with DVA now feeling like the formidable and flexible tank that she always should have been.

If you thought those DVA changes were pretty major then, oh boy. As one of the game’s key healing characters, Mercy is a crucial part of most team makeups.

Now though, Blizzard has decided to give her a pretty serious makeover. Lapsed Mercy mains – brace yourselves.

One of Mercy’s key selling points has always been her game-changing ultimate – Resurrect. While the ability used to revive every dead player within a certain radius, Resurrect now only revives one target at a time. Before you get too upset though, this ability is no longer an ultimate, with the team opting to make the retooled Rez a regular ability with a lengthy 30-second cooldown.

As seasoned Overwatch veterans will know, when Resurrect was her ultimate ability, Mercy was temporarily invulnerable. Now that it’s a regular-old ability, that’s no longer the case.

To fill the gaping hole where her ultimate used to be, Mercy’s been given a shiny new Ultimate – Valkyrie. Enhancing the Valkyrie Suit that powers her, this new ability improves all of Mercy’s abilities for 20 seconds, giving her Caduceus Blaster infinite ammo. This 20-second buff also applies to the rest of her load out, allowing Mercy’s healing Caduceus Staff to also heal allies that are simply standing close to her intended target.

If that wasn’t enough for you, the Valkyrie also lets Mercy take to the air, enabling proper flight for the duration of the ultimate.

As Mercy mains ourselves, it’s all a lot to take in. Yet, despite being a big adjustment for those who favour the winged medic, it’s difficult not to see that the changes to her ultimate actually improve the game as a whole. With many Mercy players hiding around the corner and waiting to use their Rez at the ‘perfect’ moment, the meta game that was built around her ability did ruin the flow of the game a bit. Many players also found her ability to Rez an entire team on the objective hugely irritating, and it’s not difficult to understand why.

There aren’t many games where balance tweaks can almost completely change a game, but then again Overwatch isn’t your average game. For our money, these tweaks have added a brilliant new dynamic to two beloved characters and injected new life into this fiercely competitive shooter.