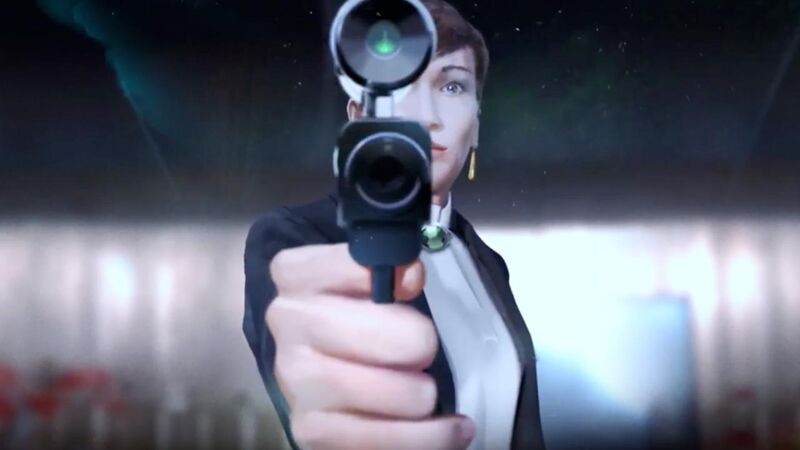 The turn-based tactics space is about to get much more crowded, and that’s great news for us fans. Our grid-clicking cups runneth over, and true to its theme, Phantom Doctrine is one step ahead of the competition. Pitting various spy agencies against each other in the Cold War, you can test your wiles on these tiles confidently knowing the results won’t come down to a random result.

Phantom Doctrine harkens back to a more romantic time when spycraft involved bodily risk — moreso than giving away free, compromised USB sticks outside government buildings. Back when the Cold War was more nuclear and less viral, and the only “hacking” was done when you discovered a mole.

That’s not to say it’s “realistic.” Part of the fun here is diving into the more extreme conspiracy fantasies of the time. Culminating in a Winter Soldier-esque control phrase planted with your MKUltra facility.

But while Phantom Doctrine is set in the Cold War, its story is that of a global conspiracy — accessible through separate CIA, KGB, and Mossad (when unlocked) campaigns. Perhaps most satisfying, though, is the fact that none of your unravelling of this mystery will be left to chance.

There are more than a handful of turn-based tactics games on the horizon looking to do away with XCOM’s treacherous missed shots with 95% chance to hit. It seems to happen a lot more than it should, and each new game has its own solution.

Phantom Doctrine’s answer is to almost entirely do away with die rolls. It’s assumed here that if these professionals have line of sight, they won’t miss. They might, however, graze the target and do minimal damage.

This is decided by Phantom Doctrine’s Awareness system. This deliberately vague attribute refers to a character’s mental presence on the battlefield. You have limited control over it — if an agent has the Awareness points to dodge a headshot, they’ll do it without your permission.

A depleted Awareness bar means taking full damage from the next threat, something the agent didn’t account for in that split second.

Although some AI decisions looked like a random number generator was attached, you won’t find a die roll applied to your shot. Reload that save file as much as you want, it’ll be the same outcome.

Some smart design went into this Awareness system, which can be used both offensively and defensively. Melee takedowns cost a large amount of Awareness. As do headshot attempts, which can be dodged easier than body shots. Spraying a hail of bullets at someone can suppress them, reducing their Awareness.

Enemy field agents have appropriately high Awareness regeneration and are serious threats. You’ll need help to nail them down, and Phantom Doctrine lets your benched operatives assist with off-screen support.

Information is everything, and a simple staffer with a telescope nearby can be a spotter. We lost track of how many times we were saved by our smoke grenade launcher from one block over, cutting off enemy lines of sight while we raced to an evac. You’ll place these helpers in cardinal directions around the mission area, and when it all hits the fan, you’ll know which direction to retreat in.

In terms of raw gameplay, Phantom Doctrine does a great job of creating the combat system tactics fans love. Character animations are fantastic and the game is clear with all the information you need to know. In long range firefights it has a nasty habit of focusing in-between the enemies (so you don’t see the shooter or victim) but even the triple-A players in this space have their firing-directly-into-a-wall quirks.

We had one or two bugs that forced a restart of the game, and one time even spawned right in the view of a camera, instantly blowing our cover.

But they were the exception and overall we were impressed with Phantom Doctrine’s polish.

It’s also nice that every mission offers the choice of how to play. Send agents in disguises with silenced pistols for a stealth mission, or have civilians flee as you openly display your heavy armour and LMGs.

Or perhaps you favour gadgets, and the guaranteed damage of grenades:

Maybe you like to stealth for a portion and then “go loud.” We found it useful to have one agent in disguise who is particularly good at acting (and won’t be discovered) to turn off security cameras while the heavy guns wait to strike.

Whatever your style, you can walk into this one expecting a solidly presented tactics experience and it’s supported by a great metagame as well.

A Metagame to Get Lost In

If your agents get there quick enough, they can stop the activity outright. Get there late, and you’ll have to perform an operation to stymie their efforts. Fail to do anything, and the Cold War gets one degree hotter.

Events are triggered at the right places and times to be just the right amount of stressful, and players would do well to keep a large stable of agents spread around the globe.

While you’re on the clock in a story sense, there’s no real timer forcing you to take story missions. We thought this was a nice touch — if you’re enjoying the game, you can just keep on playing, without being forced to progress.

As such, the CIA campaign can be quite long, and then there’s the KGB, plus an unlockable Mossad perspective. We actually lost sight of the story as we lost ourselves in the gameplay loop, and that’s always a good sign. We whacked an extra half-point on this for its unfathomable replayability.

You’re free to grow your operation, tinker with drug combinations to engineer supersoldiers, get the right mix of equipment and training, and fully deck out your MKUltra brainwashing facility. We aren’t fans of how often “addictive” is used as a synonym for fun, but thanks to its loop of world map organisation and tactical missions, Phantom Doctrine is both.