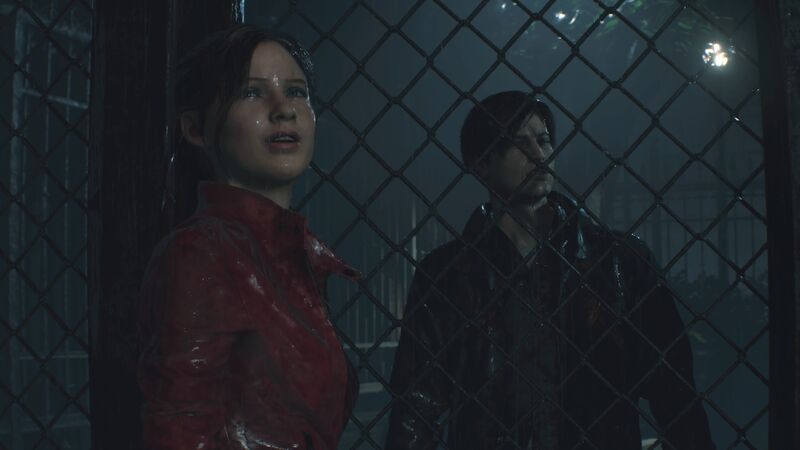 ‘Resident Evil 2 Remake’ Review: A Masterpiece Returns From The Dead

It’s not just video games that have been inundated with zombies over the past decade. Whether it’s films, TV or theatre, seemingly not a month goes by without another age-old franchise undergoing reanimation in order to take over our time and wallets once again. When you put it like that, Resident Evil 2 Remake should feel like just another experience cashing in on our feverish desire to consume something familiar. Except, it turns out — this is no simple remake.

Yes, the journey of Leon Kennedy’s painfully crap first day on the job and Claire Redfield’s search for her brother may follow some familiar beats, but, it’s been put together as if it was another beast entirely. Despite our initial skepticism, Capcom’s latest Resi-rrection lays down a modern blueprint for how to breathe new life into an aging classic.

Not just a Licker new paint

In some ways, it shouldn’t be a surprise. Capcom pretty much started our insatiable hunger for video game remakes back when the first Resident Evil got a horrific new facelift on Gamecube. Yet, as impressive as that early doors remaster was (which still held up enough to warrant recent ports to current-gen platforms) it was a reissue which rigidly stuck to the old formula, fixed cameras and pre-rendered backgrounds.

This is not a complaint that can be leveled at this remake. The new Resi 2 looks drop-dead gorgeous,  all rendered using the same RE Engine that scared modern gamers silly in Resident Evil 7 . The photorealistic detail puts it on par with what you’d expect from studios like Rockstar and Naughty Dog, making this classic  all the more frightfully immersive, as your flashlight illuminates blood spatter on the walls or suddenly reveals a zombie’s gory leftovers.

Thankfully, the fixed camera angles of the original are now left buried in the past. In 2019’s take on Raccoon City, your perspective has shifted to opeeking over the shoulder of Leon or Claire. This may be the standard for all third-person games these days, yet it also undeniably echoes the series at its peak — Resident Evil 4.

While this could have quite easily led to a more action-focused Resi 2, horror purists needn’t fear. Yes, the gunplay feels suitably slick, and this time around there are a few more weapon upgrades on offer than fans will remember, but, overall this experience is still very much in the spirit of the original. Ammo is suitably scarce. Enemies aren’t unstoppable bullet sponges. And as you’d expect for any resource-strapped survivor, your priority lies in managing what you can carry, including, of course, those collectible curios for solving peculiar puzzles.

Speaking of puzzles, things aren’t entirely cut and paste here. Where for old-school fans, looking for medallions and keys may come naturally, those classic puzzles aren’t recreated like for like. We won’t bore you with a room-by-room comparison between the remake and the original’s layouts but trust us — the Racoon City Police Station has undergone significant redesign and expansion. It’s a nice touch and the result is a more realistic modern labyrinth that still retains its history.

Still, this is very much a video game’s video game. You’ll need to bring along a healthy suspension of disbelief if you’re to explain why a police station’s doors are locked by keys based on playing card suits, or why a sewer company’s founders have an obsession with chess. But in an age where the medium is increasingly doubling down on realism, these over the top scenarios provide a welcome level of campy charm.

Yet, how you use items actually feels slightly more realistic. There’s more emphasis on examining a seemingly random item you find in order to discover whether there’s a key item within, and some objects you pick up will only have a generic name until you take the time to give them a proper once over. Other welcome additions in this remake are the ones that make exploration and backtracking less of a headache. Like how your map highlights any items or puzzles you’ve passed (but haven’t picked up or solved) with each room turning a pleasing shade of blue once you’ve explored it in full.

What you won’t know, however, is whether you’ve cleared a room of zombies. Because you can never really keep these undead down.

We should be all sick of zombies by now. Yet there’s something nostalgic about seeing hordes of shuffling undead grabbing you to bite your face off, given how later entries mutated them into more sophisticated yet less memorable forms. These cadavers also a bit more unpredictable. Whether it’s their swaying movement making headshots trickier to pull off or their refusal to stay dead.

Still, you have worse to worry about. There’s those bloodthirsty hounds that are even harder to shoot, as well as the disgusting Lickers, which now take full advantage of the 3D space by coming after you from both the ground and the ceiling. Even when a hint tells us you can stealth around these blind monstrosities, we struggle to hold our nerve in the tight corridors before inevitably breaking into a sprint, only to discover how quickly they can catch up.

But what really shakes things up is the presence of the Tyrant, the T-1000-inspired brick sh*thouse that made us wish this remake had kept each room separated by loading doors after all.

Once this charmer makes his appearance, nowhere is safe. He’s either in full pursuit, backed up by the drumming of a heart-pounding soundtrack, or you can hear the thuds of his loud footsteps reverberating around the building while he searches.

The one consolation to being torn apart by the Tyrant — or one of Raccoon City’s many other horrors — is that now auto save rescue you from the real horror of losing huge amounts of progress. If that sounds like a disgustingly newbie way to play, then there’s always Hardcore difficulty, which goes very old-school and actually brings back ink ribbons for saving.

What really allows the Resident Evil 2 remake to surpass the original, however, is that it finally has the writing and acting chops to deliver on its cinematic atmosphere. Okay, it won’t win any awards, but this is still a fine adaptation that gives its characters an emotional depth we weren’t able to appreciate before. Sherry Birkin is no longer an annoying kid, but one whose vulnerability and trauma strikes a more grounded tone, especially in a new area of the game where you get to explore the world from her perspective. Hell, even the Kendo Gun Store owner gets a rewrite that will completely surprise you.

Yes, there are still occasionally clunky lines where a character will state the obvious and drag you kicking and screaming out of the carefully created atmosphere (“Damn, need a keycard” – Yes, we know, Leon), but we’re also thankfully spared the modern curse of audio-logged exposition.

Claire is a revelation. The sister of Chris Redfield really comes into her own, with undoubtedly the best voice acting of the lot. From the moment she rides into Raccoon City on her Harley, she creates a strong impression, exuding warmth and empathy, while also having our favourite attribute of swearing like a trooper when sh*t hits the fan. By the end, she’s an absolute bad-ass, Ellen Ripley and the likable parts of a young Lara Croft all rolled into one.

Is ‘Resident Evil 2 Remake’ any good?

When we first played this remake, we had some concerns. After the refreshingly different Resident Evil 7, we were unsure whether the full experience would do enough differently to keep modern gamers invested. Yet, impressively, those fears have been calmed. Thanks to its clever blend of old and new, Resident Evil 2 Remake resurrects the classic survival horror in a way that even series creator Shinji Mikami hasn’t been able to replicate with The Evil Within.

It’s not just a loving restoration but a temple built on newly solid foundations, with emotional beats that genuinely resonate. It sets a new bar for what a video game remake can be, masterfully marrying nostalgia with modernity without quite being a slave to one or the other. And so barely a month into 2019, we have our first front-running contender for Game of the Year.