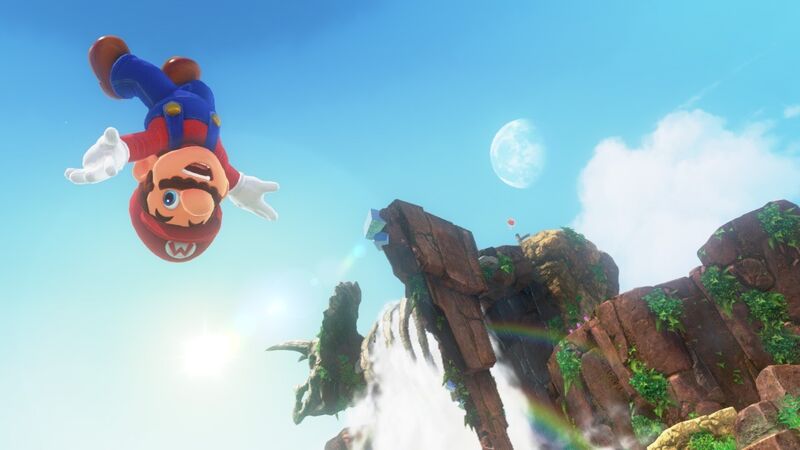 A Theory: Mario Has Been Dead the Whole Time in ‘Super Mario Odyssey’

WARNING: This post contains spoilers for Super Mario Odyssey. You may want to stop reading if you haven’t completed the main story!

Super Mario Odyssey is a weird game. You use a hat — or the ghost of a hat, or a hat ghost, we’re still not really sure — to possess other living beings and sometimes inanimate objects. You control these beings in order to get where Mario needs to go. Bowser is forcefully marrying Peach, and the latter doesn’t seem like she protested too hard. And yet here we are, chasing Mario’s arch-nemesis across the globe, to weird and even weirder places.

This is most certainly the strangest, most out-of-control Mario game yet. Super Mario Odyssey is creative, fun, and takes the time to show off some wonderfully designed, incredibly engaging concepts. But there’s one that isn’t explored, an idea that makes perfect sense based on the opening minutes of the game. And once you really think about it, this new conclusion puts the entire game’s strange, seemingly unconnected string of miraculous and silly happenings into perspective.

You see, in Super Mario Odyssey, Mario has been dead the whole time.

In the opening minutes of Super Mario Odyssey, we see Mario attempting to fight Bowser on Bowser’s flying airship. Bowser uses the fancy boxing-glove attachments on his hat to punch Mario off the ship, sending him flying into oblivion. Peach feebly reaches out and calls his name. The ship flies away.

And we see Mario laying on the cold, black ground of an unknown town. He doesn’t move. The player has to hit a button to make him jump up, and when he finally does, the world is eerie. Silent. Everything is in black and white. The ruins of hat-shaped ships are all around him. And the people he encounters aren’t people — they’re ghosts wearing hats. Or hats possessed by a ghost. (We still don’t know the answer to this.)

From her, his newfound companion Cappy tells him that they need to power up an airship using something called Power Moons in order to chase Bowser. But in every previous Mario game, the collectibles have been stars. Why the sudden change to Moons? Because this isn’t the reality of the Mario universe, that’s why.

But more importantly: Mario fell from a great height. Yes, he’s limber than most, but after a fall from the top of the stratosphere, the real Mario is certainly a pancake by now. The Mario we see wake up in Bonneton surrounded by Bonneteers is our dead friend, dreaming away his final moments of life.

There’s a ton more happening — or not happening — in Super Mario Odyssey that points to Mario being dead and dreaming it all up. For one thing, his brother Luigi isn’t present. He’s gone. Given Mario’s propensity to lose his brother in space and in general make him play second fiddle, of course Luigi isn’t part of his brothers’ death delirium. Additionally, old flame Pauline is hanging around, but more than that: she’s the mayor of the ridiculously named New Donk City — named for her old kidnapper, Donkey Kong.

Why does Mario lose 10 coins every time he fails, instead of losing a life? It’s because he has no life to lose. There is nothing meaningful to take away from him other than the capital he sees scattered everywhere. There needs to be some sort of consequence each time he misses a jump or loses all his hearts. And come to think of it, the placement of some of these coins just plain defies physics. How can there be so many in odd places? Because they’re not real.

Go Into The Light, Mario

It makes sense that Mario’s final moments of consciousness are about his enemy. He’s spent a long time fighting him, and they have so much unfinished business. Naturally, he sees the woman he loves — Peach — being swept up by him now that Mario is no longer in the picture. Even his defiant rescue is all a lie. Maybe Peach actually does marry Bowser, now that she doesn’t have Mario.

Furthermore, some of the places Mario ends up are just plain freaky. The Luncheon Kingdom? How even does physics and science work in this weird realm of pink soup lakes and fork people? And what don’t forget about the Moon. You can’t breathe on the Moon, there’s no oxygen. There’s no way any of that is possible.

And of course, Cappy. Have we mentioned how creepy Cappy is and how horrifying what he does can be?

In the end, it seems that this is the only way to explain the wild ride of Super Mario Odyssey. Mario is dead the whole time, and you are playing as his fleeting soul, slipping away in the afterlife after one final hallucinated adventure. Godspeed, Mario.