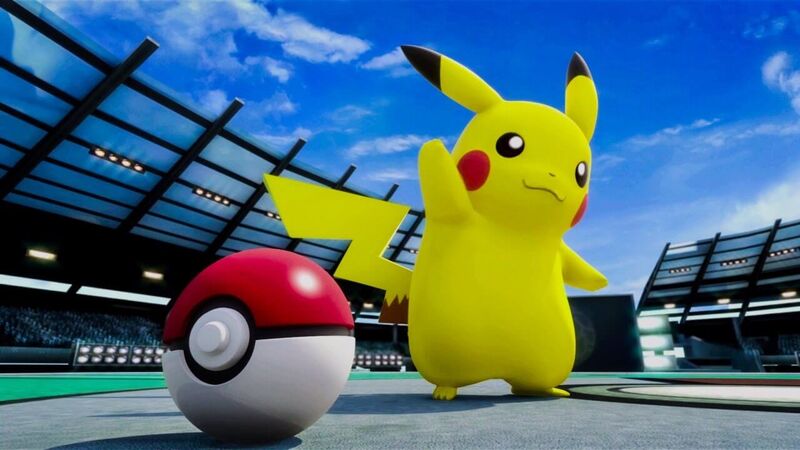 It’s safe to say that, in just one short week, Pokémon Go has become a worldwide phenomenon. Whether in North America, Europe, Japan, or Australia, the app is at the top of the download charts on iOS and Android, and it seems like it’s the only thing people are talking about on social media. Fandom has even been obsessed with it, with our Pokémon Go starter guide, the best Pokémon Go tweets, and experimenting if Pokémon Go actually helped you be more active. If you lived through the first outbreak of Poké-fever back when the first game launched almost 20 years ago, this feels similarly huge, as you can see it popping up all over the news in some of the most unexpected places.

From unfortunate car accidents to unwieldy gatherings of people to presidential campaigns, so many weird Pokémon Go news stories have popped up in the last week, most seemingly too odd to be true despite journalists confirming them with officials. What follows are the 10 strangest tales from the world of Pokémon Go. Do you think they could get any weirder?

You may or may not have heard there’s an election happening this year, with both candidates for President of the United States trying their best to keep in the headlines every hour of the day. Secretary of State Hillary Clinton’s campaign has definitely been trying to stay trendy with memes and whatnot, and her team took it to another level planning an appearance at a PokéStop in Lakewood, OH. Not only that, Clinton was quoted as saying, “I don’t know who created Pokémon Go, but I’m trying to figure out how to get them to have Pokémon Go to the Polls.” Unsurprisingly, the other campaign responded with a Pokémon Go ad of its own.

First off, let’s just say that it’s a good thing no one died here. Secondly, wow, this is about as extreme as you can get with missing the world around you when playing Pokémon Go. Two men were too engrossed by the app to notice they’d walked off the Encinitas Bluff, requiring firefighters and lifeguards to save them. Let this be a cautionary tale.

Again, let’s be thankful they hit a tree and not another person or vehicle. Texting and driving is one thing, but searching out a Snorlax while behind the wheel in upstate New York just seems like a recipe for disaster.

This app allows anyone with a compatible phone to seek out Pokémon everywhere, but that doesn’t necessarily mean you should always have it open. Like, say at Arlington National Cemetary or The United States Holocaust Memorial Museum, both of which aren’t welcoming the app on its premises. Could this just be the start of Pokémon Go being excluded from somber gathering places?

Pokémon Go plans on uniting people who all come together at popular PokéStops to grab rare monsters together. But perhaps that plan can work a little too well, as seen by the hundreds of Poké-maniacs who coalesced in an Australian suburb. It grew to be such an unruly gathering that the police were called to disperse the group. But were they at least able to catch something good first, like Mewtwo or Lapras?

Another Pokémon Battle for the White House

PokéStops and gyms are all over America, and the country’s capital is no exception. And what’s arguably the most important gym in the USA resides in the White House, making it a very contested spot. Do you think President Obama or his family could make a run at it before his second term is up?

A Dead Body Was Found via App

Pokémon Go turns exploring your neighborhood into an adventure full of discovery, taking you to areas you wouldn’t normally visit. Unfortunately, you can’t imagine what you’ll find when you get to some remote locale. Sometimes it’s a Dragonite, sometimes it’s… something worse. During a walk in Wyoming, a 19-year-old woman came across a corpse from someone’s accidental death in a shallow body of water. That’s a heck of a thing to find while looking for Water Type Pokémon.

A Service To Walk Pokémon Go for You

The whole point of Pokémon Go is to inspire folks to head outside and get active. But if you have a lack of time/interest in heading outdoors and more money than you know what to do with, there’s PokéWalk, a service that will walk your phone around for you to collect beasts and XP. You pay per the kilometer walked, though who would trust a random stranger with their phone? That’s got to be the biggest obstacle in this “Uber for Pokémon Go” initiative.

And that’s just the weirdest news in the first week of release! Who knows how much more ridiculous Pokémon Go news can get? Stay tuned for updates if any news comes out that tops this.